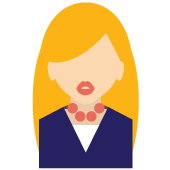 Are you tired of doing the same exact things every week of your life? For instance, you might be bored always working the same job, completing the same house chores, and watching the same television programs. If you desperately desire to add something interesting to your life, think about enrolling in a continuing education class. You might absolutely adore learning how to salsa dance, put down hardwood floors, decorate cakes, change the oil in your vehicles, or make pottery. On this blog, I hope you will discover how to overcome a boring routine by taking an exciting continuing education course. Enjoy!

You've wanted to learn to fly for years and have finally decided to look into flight training schools. Most urban airports have one or more aviation schools from which to choose. While you're researching training centers, there are a number of ways that you can get a "heads up" on your training. Here are a few no-cost ways that you get immerse yourself in the world of the private pilot before you've even enrolled in a program.

Get Familiar With Maps and Charts

As a pilot, you'll rely on current charts to navigate through the skies. It will be important to understand the special symbols used on aeronautical charts. The Federal Aviation Administration (FAA) has many free publications on a variety of flying topics. The FAA Aeronautical Chart User's Guide is a good place to start to begin deciphering the charts.

You'll also find free aeronautical charts online to practice reading. Find the chart that contains the area in which you live and look for familiar landmarks. You'll soon be able to recognize the landmarks and how the symbols on the charts are directing a pilot.

In pilot's training, you'll learn extensively about weather. When you fly, you can't avoid weather. Knowing the difference between what is safe weather and what isn't determines whether you'll have a pleasant flight or a white-knuckled ride.

Start with some basic flying weather information to get familiar with the terms. You can then scan the various weather maps and reports at the NOAA Aviation Weather Center to see how real-world weather is depicted to the pilot.

The special language that pilots use to talk with each other and the control tower is fast paced and full of acronyms. The goal of aircraft communication is concise, accurate and detailed information conveyed over a short amount of time.

Pick up a radio that has an aircraft band and listen to the various communications between pilots and air traffic control (ATC) at a local airport. There is also a free online service called LiveATC that lets you tap into real-time broadcasts from airports around the country. Spend some time getting used to the conversations you hear. You'll become intimate with it during your flight training.

Start Using the Tools That a Pilot Uses

For years, pilots have relied on a circular slide rule called an E6B to calculate various important factors that affect flying, such as wind angles and ground speed versus air speed. You can pick up a student E6B online for a few dollars. But you can also do some of the same flight calculations online with free resources such as at the Student Flying Club or virtual E6B web sites.  The calculations that you'll do on these sites are the same ones you'll rely upon when you start your flight training.

The more you immerse yourself in the world of a pilot, the better prepared you'll be when you start flight school.